WISHING YOU A 2019 FULL OF GOOD HEALTH & ADVENTURE!

Posted in culture, Exercise, Health, Photography/Art, Travel | Comments Off on WISHING YOU A 2019 FULL OF GOOD HEALTH & ADVENTURE!

….and what is there not to LOVE?

For the first time we’re offering a six day tour beginning in sparkling, magical Nice on the Cote d’Azure.  After sipping Nice, we venture by vehicle up the backroads of Provence.

Our first stop is in the 12th Century village of Entrevaux.  It has been a citadel, a bishops seat and a prospering town for over 1,ooo years.

Our next stop:  Moustiers Saint Marie!

Voted one of the best small towns to visit by National Geographic Traveler.  This has been a favorite of mine for many years. We will stop and deeply inhale the lavender fields in full bloom upon leaving.

Ready for our fi

rst hiking adventure?  Let’s descend into the 6th biggest gorge in the world right behind the Grand Canyon: Le Gorge du Verdon.  Climbing with ladders and assists at times, we hike through tunnels and along the magical blue waters lined by the steep limestone cliffs.

Our next adventure is driving through Les Clues des Barles:

nçon sits strategically on the French border of Italy.  The walled Ville Vielle is a walled old town circled by a moat, complete with draw bridge, tiny cobbled streets and prospering stores and restaurants.  After dinner in the magical Old Town we wander to our hotel and prepare for our journey the following day into Parc du Queyras to hike and explore the next 11 days: June 21 – July 1.  Come join us!

Join us for an hour of photography, travel & tales!

Join photographer/hiking & cultural tour guide, Hilloah Rohr for an hour of all new photos spanning France & Italy from the blue Mediterranean in historic Nice, through charming Provence & the Gorge du Verdon, to the authentic villages & mountains of the quaint Parc du Queyras tucked along the Franco-Italian border. Feast your eyes & soul!

At the Wine Shop and Tasting Bar

free to the public

over a great French or Italian wine and appetizers

Dolomite Alps: a region of many cultures

The Many Sides of the Dolomite Alps

This coming year an adventurous group of hikers will join me for 14 days of hiking & exploring the culture & history of the Dolomiti Alps.
Nestled in the top of Italy’s boot, one can still witness the interweaving of cultures between Italy and Austria and as far back as Rome.  One obvious difference appears on the rifugios with both the Italian and German name inscribed (see below). 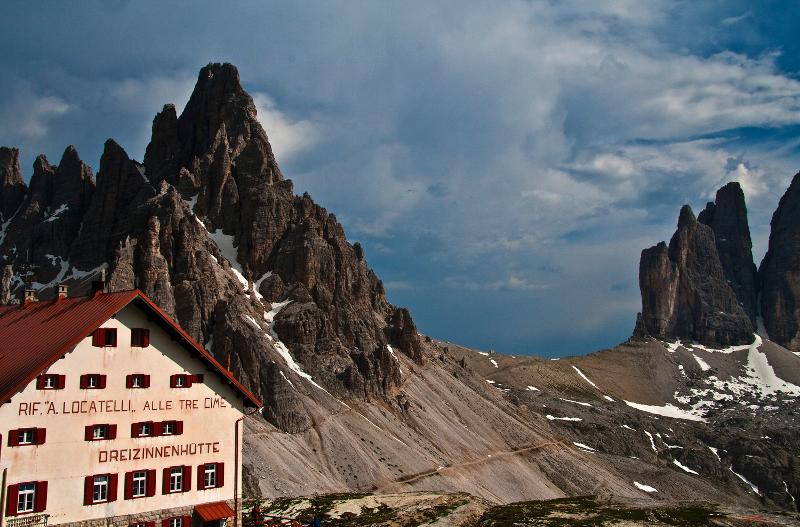 The Dolomite Alps are a unique region of officially four languages at this point in time: Italian, German, Ladin and English.  Sometimes Friulan is included.

German – The northern part of the Dolomites, Südtirol  (in German) or Alto Adige (in Italian), were part of the Austro-Hungarian empire until the early 20th century.  The battles fought in these mountains are still exhibited by the war tunnels and via ferrata, or iron paths. 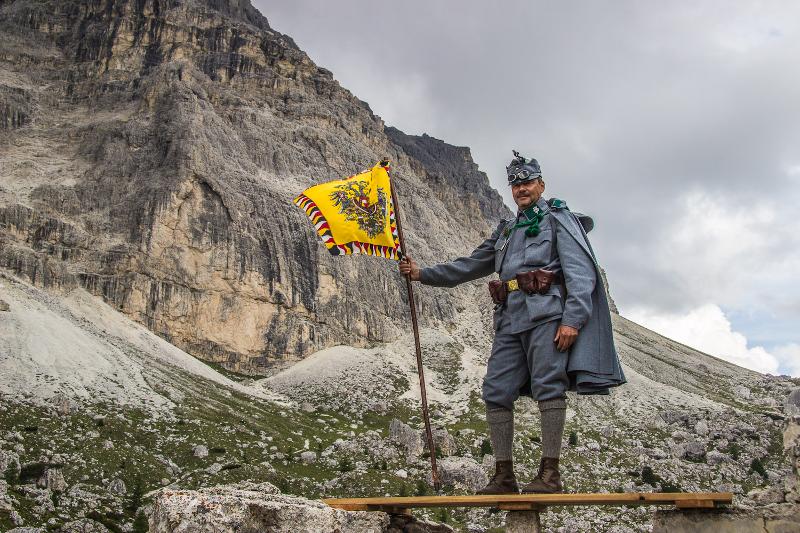 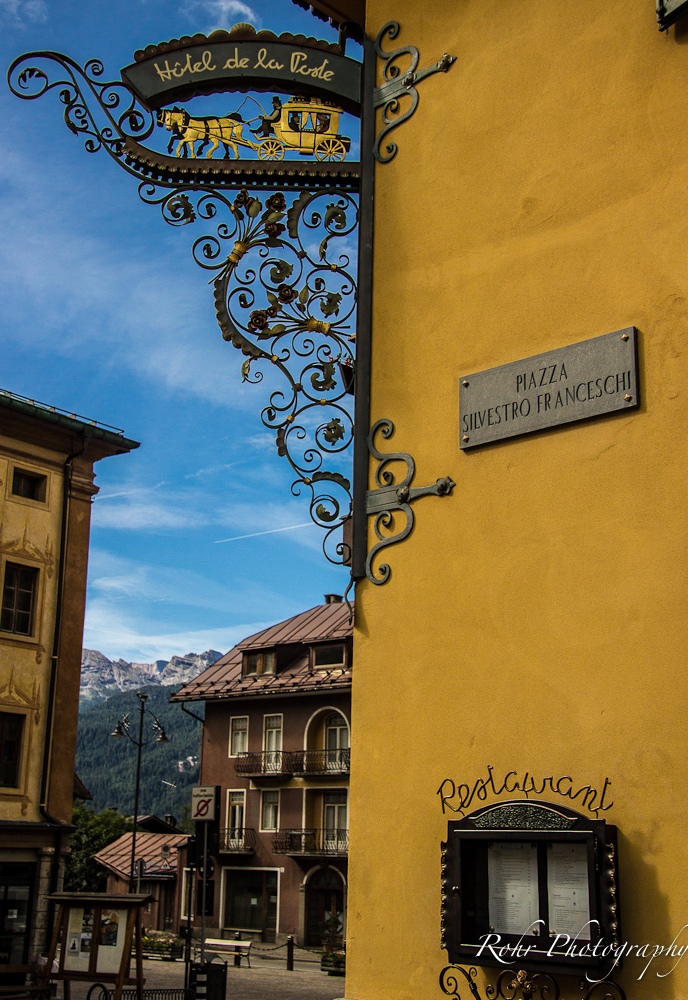 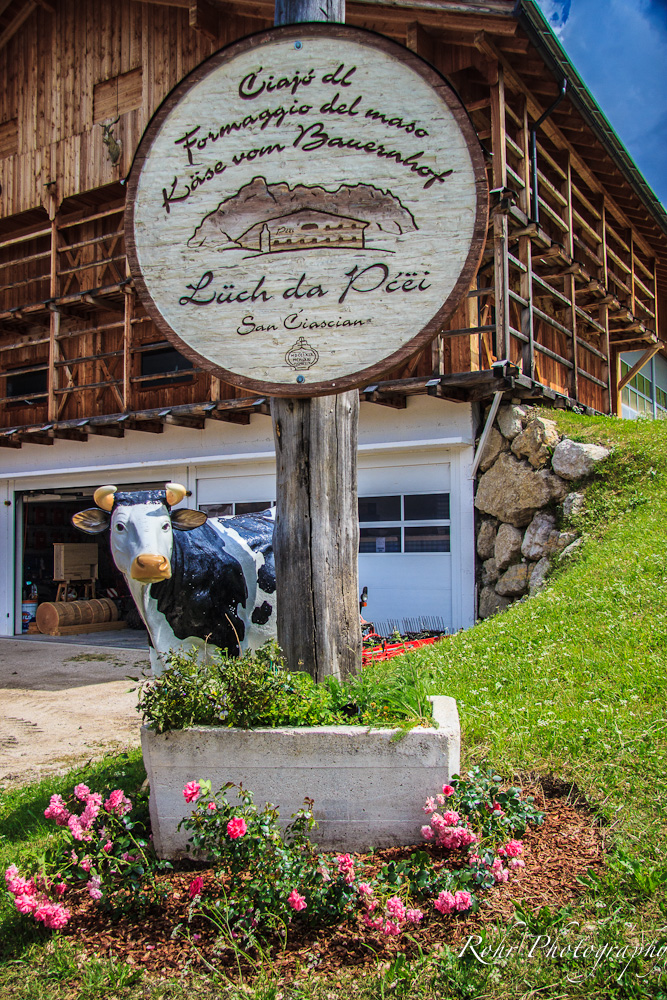 An ancient Rhaeto-Roman or Romance language, Ladin was spoken by the first inhabitants of the valleys of the Dolomites, and was later influenced by the Latin-speaking Romans. About 30,000 people in the Dolomites still speak Ladin today.

The Ladin culture today is self-confident culture which has grown for centuries and has its roots in mountain farming and craft work.

Posted in culture, Exercise, Travel, Uncategorized | Comments Off on Dolomite Alps: a region of many cultures 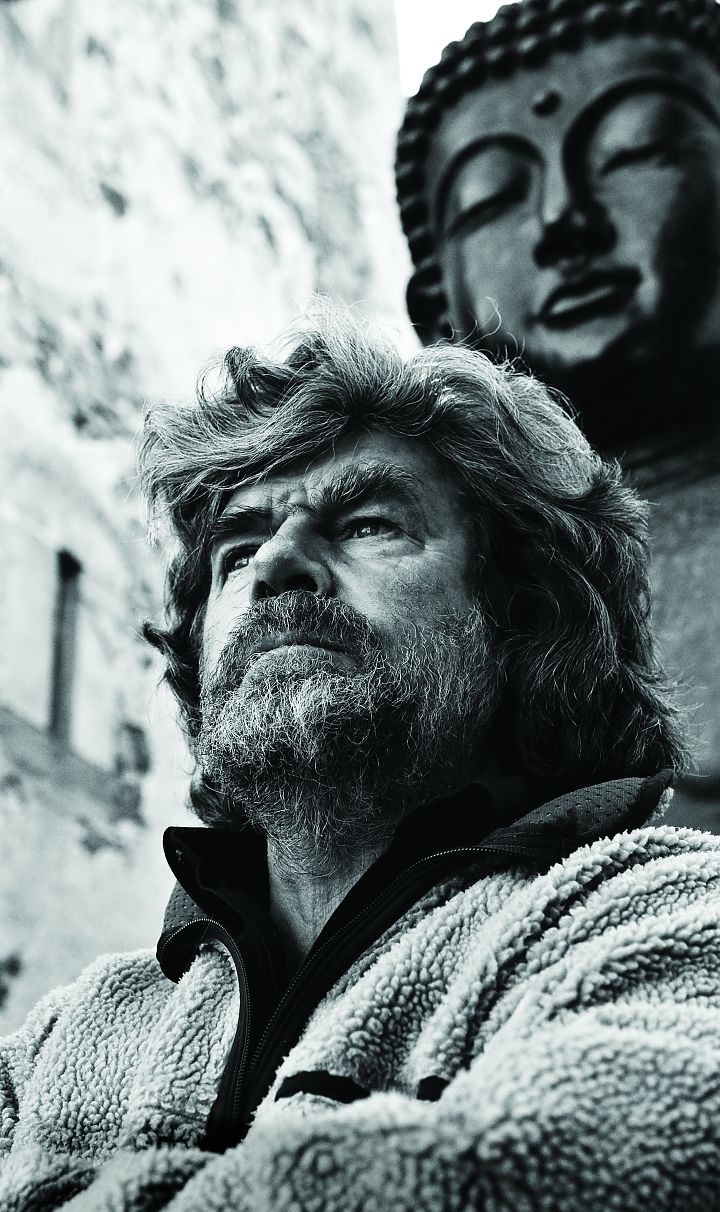 Tucked into the Tyrol of NW Italy, living legend, Reinhold Messner has created six Messner Mountain Museums.  Created from historic structures such as castles and forts, each unique museum tells it’s own story:

“I have dedicated to the mountains and the mountain culture a unique project, a network of museums located in six extraordinary places in South Tyrol and Belluno. The Messner Mountain Museum is a place of encounter with the mountains, with mountain people and ultimately with ourselves. Every visit is like a mountain tour, especially recommended when the weather is good, and an MMM round trip is a unique experience!” 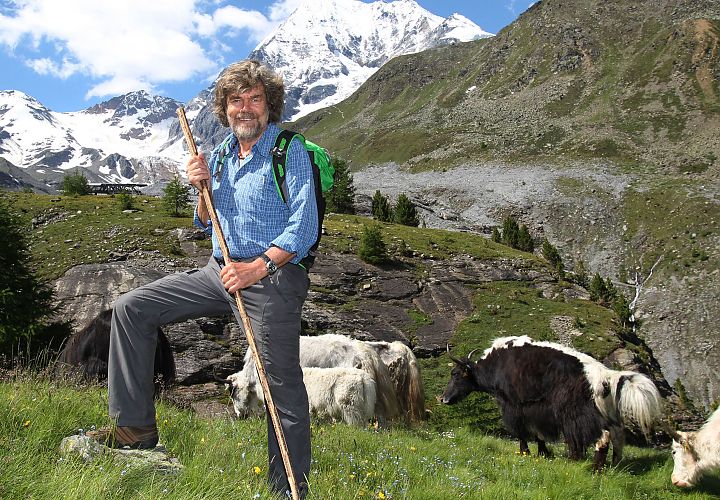 Imagine yourself hiking through stunning fields of wildflowers, enjoying a French picnic at a high lake, wandering through an untouched French mountain village, savoring a 5 course French dinner & regional wine, only to end the day by retiring to your private room feeling fit & relaxed!

This amazing tour ventures through five untouched high mountain villages where one can immerse deeply into nature and culture.  Get off the beaten path and create an experience of a lifetime. A photographers and hill-walkers dream!

The Queyras is a dramatic, unspoiled region of the French Alps, between the Durance Valley and the Italian border. Due to being sheltered to the west by the Écrins, it is one of the sunniest areas of the Alps and the absence of glaciers makes the Queyras ideal hillwalking country as it has several high mountain summits accessible to the intermediate hiker.

There is plenty of variety on the trail, from woodland glades to rocky, high-level cols, from Alpine pastures to airy summits. The Tour may include excursions into the Italian Alps, and there are opportunities to shorten or lengthen the route as time and conditions dictate. The route is ideal for fit, intermediate hikers, while also providing optional challenges for the more experienced.

Ten Reasons why this will be your favorite Vacation:

SO MANY PLACES, SO LITTLE TIME!

Tucked away in the NW corner of Italy is a magical valley that fairy tales are made of. Filled with fortressed castles from days past and vineyards to delight today’s palate, the Val d’Aoste (modern French name) can easily fill days of exploration.

To the north it borders the Swiss Valais, the Piedmont to the south and east and the French Rhone Alps to the west.

The Aosta Valley is distinguished by being the smallest, least populous, and least densely populated region of Italy. One will hear French, Italian and the Valdotain dialect.

History runs deep here running back to the Celts and Ligurians. Rome got in on a piece of this region and Roman ruins are common in the capital city of Aosta. The tug of war between the French and Italians throughout history ended after Mussolini and WWII when it became its own autonomous region.

This summer our Magical Corners of the Mont Blanc Massif will take a day off from hiking to visit the Aosta Valley with Italian sommelier and mountaineer, Stefano Corgnati. His knowledge of the castles of the valley and unusual vintner practices and varietals makes for a colorful day. Salut!

Hiking in the Dolomite Alps: a Photo-journey Bend, OR May 16

Posted on April 21, 2017 by Hilloah Rohr
HIKING IN THE DOLOMITE ALPS

Join European Alps hiking guide and photographer Hilloah Rohr for an hour photo journey
through the “White Mountains” the Dolomite Alps.
Tuesday May 16 7-8 pm at the Wine Shop and Beer Tasting Bar at 55 NW Minnesota St.
More information at
www.hilloah.com.
Free to the public. 21 and over

Posted in culture, Exercise, Photography/Art, Travel | Comments Off on Hiking in the Dolomite Alps: a Photo-journey Bend, OR May 16

The People We Meet Along the Trails in the Alps

One of my favorite parts of traveling through the European Alps is the people along the way.  Above and  to the right are images of a great school group from Bologna, Italy hiking in the Dolomite Alps.  Many were wearing cotton sweatshirts and tennis shoes.  Look at those smiles!

This fellow I met in the Parc du Queyras in France.  He told me he was 80 years old and had hiked this region most of his life, returning yearly.

My friend Christian I met near Digne, France almost 20 years ago.  He was instrumental in helping me set up my Parc du Queyras tour in France.  Below we’re hiking just over the Italian border.  He has now become an excellent photography after watching me indulge in photographing everything in sight!


This fellow had to show me his Italian/American t-shirt when he found out I was from the US!

Hiking through rifugios reached only by foot, dinners become more intimate and conversations around the table more animated. Various languages are shared and interpreted.  Lifelong friends are made.  Here’s Stefano from Torino, Italy who I met in a little rifugio tucked away in the Italian Alps near Mon Viso.  He has assisted me with both private and small group tours for years now and guides our Italian castle and wine tasting day.

Our family run mountain hotels or pensions offer up a glimpse into the lives of these hard working couples and families who host us year after year.  It’s almost like coming home to relatives!  Below is the lovely family who run our base hotel on the Italian side of Mont Blanc.  Notice the three generations going back to horse and buggy tours!

Tucked into the edge of the Parc du Queyras we watched an old ruined stone farm house be rebuilt upon each return to this region.  Much of the gorgeous valley along the Franco-Italian border had been bombed out during WWII.  The rest was devastated with avalanches.  After several years a beautiful new pension appeared run by Laurant and Geraldine.  They now have a three year old son who happily entertains the guests!

Giacomo has owned and run this very colorful Italian rifugio summers and winters (it’s located on a ski slope as well as a hiking route).  It’s know for it’s great cuisine, ambiance and fun atmosphere.

Our beautiful family run hotel in Cortina Italy brings in a lively group from Calabria in southern Italy.  The guys are lots of fun and help us with our Italian and soon know everyone’s favorite happy hour drink and how they like their morning coffee!

Posted in culture, Exercise, Photography/Art, Travel | Comments Off on The People We Meet Along the Trails in the Alps